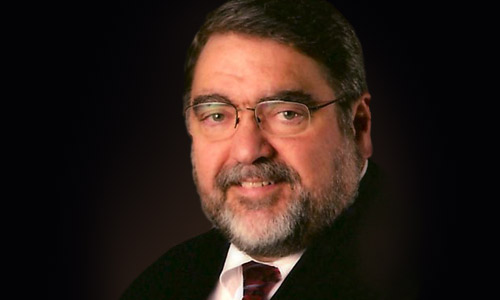 A native of Missouri, Mr. Bandy moved to Southern California in 1966 with his parents when his father accepted a call to pastor a church in the Los Angeles area. His father was a Southern Baptist minister, as were two of his uncles, grandfather and greatgrandfather.

Mr. Bandy comes from a musical family of vocal and instrumental musicians, and has carried on with that tradition working in church music, both as director of a number of churches in the Los Angeles area, as well as singing in choirs. Over the years he has enjoyed singing in recording studios and performances in various venues.

From 1990 – 2001 he was the Director of Social Services with the Glendale Corps of The Salvation Army. During that time he helped found and served as chairman of the Glendale Coalition of Homeless Providers–made up of over thirty organizations, city government, churches and individuals serving homeless families and individuals. He moved from there and 2001 – 2005 was the Executive Director of Glendale Healthy Kids, a nonprofit organization which works with the Glendale Unified School District nurses, and coordinates one hundred medical doctors, fifty dentists and the three hospitals in Glendale, who volunteer their services to assist low-income children with health problems and no insurance.

With twenty years of experience in nonprofit social service management, he has been a successful fundraiser and manager of various divergent programs to assist people in need. More recently, he has been working independently writing grant proposals for nonprofit organizations. He has also served as a member of the Board of Directors of The Mark Thallander Foundation, as well as administrator of the Foundation. Currently he is serving as Vice President and administrator of operations for the Mark Thallander Foundation.

For the past thirteen years he has been singing first tenor in the Sanctuary Choir of Lake Avenue Church in Pasadena. During that time he has served on the choir