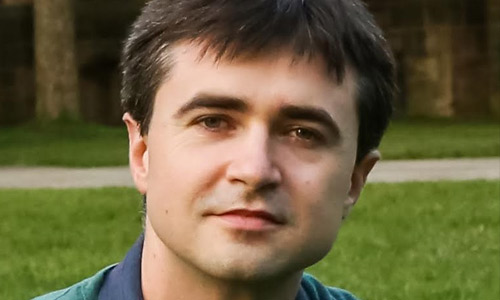 Canadian-Australian composer Julian Darius Revie is Composer-in-Residence at the Center for Music and Liturgy, Saint Thomas More Chapel at Yale University. Prior posts include serving as Organist at Notre-Dame Cathedral in Ottawa, Canada and at Lake Avenue Congregational Church in Pasadena, California.

Mr. Revie’s compositions for solo instruments, voice, chamber ensembles and orchestra have been performed in North America, Europe, and Australia, in venues including Lincoln Center and the Sydney Opera House. This past June 2015, the world premiere of his Mass of the Divine Shepherd, the first orchestral setting of the revised English Order of Mass instituted by the Vatican in 2011, was given at Carnegie Hall in New York City for the inaugural concert of the Saint Thomas More Center for Music and Liturgy. The hour-long work featured soloists mezzo-soprano Karolina Wojteczko and tenor Russell Thomas joined by 650 performers – the International Festival Chorus, International Festival Orchestra and over 200 handbell players, including Iceland’s Reykjanesbær Music School Bell Choir, all overseen by conductor Stephen Layton.

Mr. Revie is honoured that The Love of God, a work adapted from the seventh movement of Mass of the Divine Shepherd, has been selected as the communion antiphon for the 2015 Papal Mass in Philadelphia, to be performed by The Philadelphia Orchestra with a 300-voice massed choir and children’s chorus, conducted by Yannick Nézet-Séguin, as Pope Francis receives communion.

Born in Ottawa, Canada, Mr. Revie studied piano, organ and clarinet from an early age and has performed as a weekly church organist since the age of eleven. He holds a diploma in piano performance from the Royal Conservatory of Music in Toronto; degrees in Biochemistry and Molecular Biophysics from Yale University and Caltech in the United States; and a Master’s in Composition from Cambridge University in Great Britain, where he directed the Choir of Robinson College. His master’s dissertation, “Unity and Uniqueness in the Fifth Mode Great Responsories: New Approaches to the Multifaceted Layers of Plainchant Melody,” is an analysis of groups of related plainchant melodies that draws upon techniques used in analysis of tonal music (specifically, Schenkerian analysis) as well as upon the mathematical and computational tools used in comparative genetic analysis. Mr. Revie has studied privately with pianist Sandra Webster and organist Pamela Hoswitschka in Ottawa, and later with composers Veronika Krausas (USC) and Bruce Reich (UCLA). At The Juilliard School, he has studied with Milton Babbitt, Samuel Adler, and most recently Philip Lasser. Mr. Revie is a winner of the Canadian Music Competition and a recipient of a DAAD scholarship for study in Berlin.

From the home base of his tranquil “composer’s cabin” in the woods of rural Connecticut, Julian divides his time between New York City and Yale, where he frequently composes for and performs with soloists and ensembles. In his free time, Julian enjoys hiking along the blue trails in Connecticut and in the San Gabriel Mountains in California.